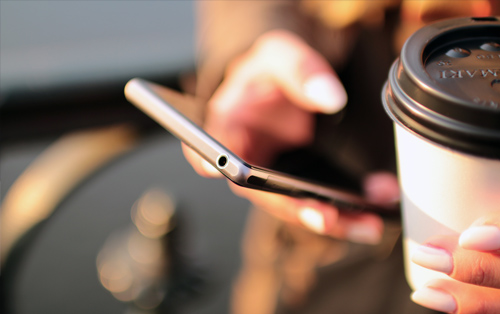 Bang goes the theory…or does it? Is there any conclusive evidence on whether mobile phone signals are unhealthy?

This week’s episode of Bang Goes the Theory (aired on BBC 1 on Monday and available online for another three weeks) looks at the prevalence of radio, wifi and mobile phone signals in our surrounding envirnoment. This short clip is a must-watch; condensing the issue into a mere 3 minutes and 37 seconds in an informative and (always) entertaining manner.

The clip begins with some clever camera trickery, illustrating just how many different signals are hanging around your doorstep (lots)…It really is extraordinarily striking, not only visually, but also to get a sense of just how many radio waves we walk through in a 5 minute journey, say to the corner shop and back…

If there’s so many of these things around, surely they must have some effect on/pose some threat to us and our health? Ah, now isn’t that the million dollar question? Something scientists have been trying to determine for quite some time now. This episode, again, doesn’t answer the question, but it does clarify one little detail. How you interpret that detail is up to you.

The presenter demonstrates that microwave signals from your wi-fi router are essentially the same as those produced by a microwave oven. Obviously the two operate at different strengths and frequencies because their objectives are different. What does this all mean? Well, the fact that the two radio waves are the same thing is a little disconcerting and immediately provokes the reaction that one could be cooking one’s insides by walking through their living room, in and out of the path of wi-fi waves. But, consider this- how often does your wi-fi router warm your cup of tea? Not very often! A little reassurance for you there, but still, no solid answers from the Beeb there, just more silly experiments designed to make us chuckle and chortle.

When will we get a real answer as to whether the radiation leaked by our mobile phone is harmful, or not. It’s a particularly tense question when you take into consideration the number of mobile phone applications currently on the market to promote better sleep (many covered by this blog). If there is indeed a health risk associated with keeping your phone so close to your head throughout the night, then we may all be in a bit of trouble!

An article in the Independent, dated as far back as January 2008, sticks to its guns regarding the notion that nothing good can come from taking your mobile to bed:

The findings are especially alarming for children and teenagers, most of whom – surveys suggest – use their phones late at night and who especially need sleep. Their failure to get enough can lead to mood and personality changes, ADHD-like symptoms, depression, lack of concentration and poor academic performance.

We all know how detrimental the lack of sleep can be, but what this article fails to deliver, is real proof that it’s the radio waves from the phone causing these illnesses of simply the lack of adequate rest itself. Further into the article, a clinical trial is outlined:

It’s often difficult to know when to take scientific research seriously when they don’t test with the actual product supposedly causing the damage. That said, the report and article is pretty damning towards a mobile phone being situated anywhere near your bed. Although it’s unclear as to whether the damage occurs due to the fact that mobile phone is being used to close to bedtime, or whether its leaking radiation is adversely affecting the brain.

In an NHS response to the article as well as that one published by the Daily Telegraph, the following conclusion was made:

There is no suggestion from this experiment that radio waves cause confusion or have any harmful effects upon mood, concentration or personality, as the newspapers have interpreted.

Who do you trust? What are your thoughts? If the NHS says there is no conclusive evidence to state that one is frying their brain by using a Sleep Cycle Alarm Clock, should we keep on forwards in our quest for the perfect night’s sleep?